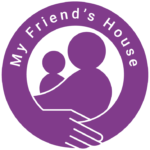 What is Gender-Based Violence?

Gender-Based Violence is defined by the United Nations as ‘harmful acts directed at an individual based on their gender’. Women, girls, and gender-diverse people are more likely to be victims of gender-based violence.

In an intimate relationship, Gender-Based Violence is used to assert dominance and control over a partner. The abuse tends to take place in private spaces, and perpetrators are generally not violent or abusive to other people.

Gender-Based Violence can lead to homicide.

Approximately every 6 days, a woman in Canada is killed by her intimate partner.

On any given night in Canada, over 6000 women and children sleep in shelters because it isn’t safe for them at home.

FACTS ABOUT GENDER BASED VIOLENCE IN CANADA

Women and children sleep in shelters every night because it isn’t safe for them at home.

Arrests result from gender based violence in Canada every year.

Physical assault is the most common type of family violence reported to the police.

Every six days, a woman in Canada is killed by her intimate partner.

Of women have experienced some form of gender based violence in their lifetimes.

Of people in Canada know a woman who has experienced physical, sexual, or emotional abuse.